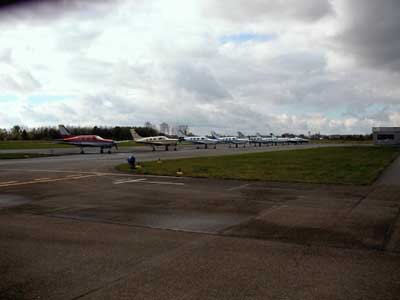 Dear friends of the Malibu,

even so the weather was not really predictable in addition to a certain amount of grounded Malibu, there was still a bunch of others finding there way to Straubing:

40 participants and one dog in total..

1 member came over from Paris, 2 aircrafts from Denmark (both 2000 models, grounded because of SB 552),were planning to get hold of a different plain in order to come to this place, but canceled because of bad weather condition.

Mr. Schimkat, representative of Lycoming, as well as the chief engineer Rick Moffett from Lycoming were invited but they didn't show up.

Mr. Rieger started up a series of reports with interesting news, valuable hints on maintenance, problems of the aircrafts body and those of its structure.

Mr. Hemmel (Avionik Straubing) continued, followed by Mr. Breu, a member of his staff who presented latest addition avionics. The stand with most interesting displays was crowded.

Finally Mr. Mühlbauer was presenting and discussing the advantage of his 4-armed wooden propellers in favor of the Malibu.

Our members were very happy with all this valuable information.

Next year we plan to reorganize a similar day.

Thanks a lot for your invitation and the delicate brunch!