Many MMIG46 members could hardly wait to get down and out onto the chosen land. The weather conditions were favourable and so a third of the group arrived on the Wednesday, 16th May. 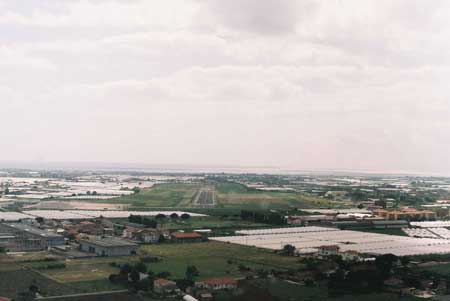 What was special this time was not just the experiences to be anticipated in a beautiful area, but the peculiarities of the Airport in Salerno. After months of trying to find someone in authority, we were finally able to get landing permission with the help of the Italian Tourist Office in Frankfurt/Main. The Airport was opened specially for us and our event! 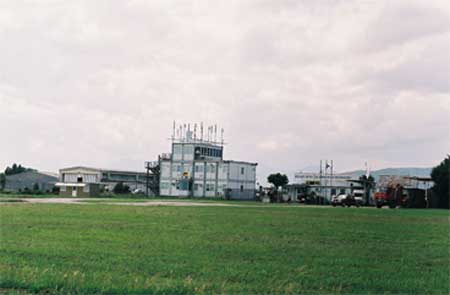 Our shuttle route from Salerno Airport Pontecagnano to Ravello took us along one of the most beautiful coastal roads in Europe. A couple of the group had other things on their minds, however, thanks to the somewhat extravagant driving of the chauffeurs.
On arrival in Ravello, up and down the steps to our two hotels – the Villa Maria and the Villa Cimbrone – but what amazing views! 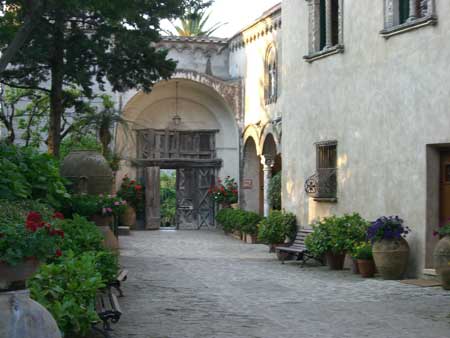 The entrance and courtyard at the Villa Cimbrone in Ravello. 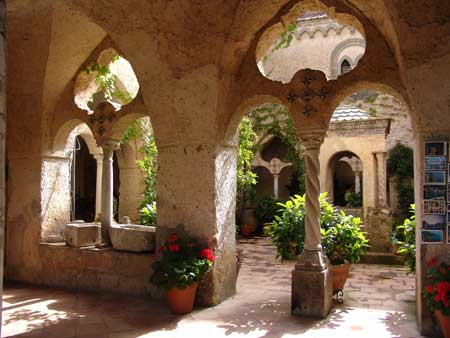 We spent the first evening enjoying an excellent meal at the Villa Maria. 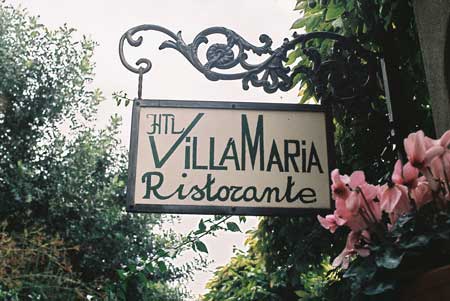 On Thursday – 17th May – we were eagerly awaiting the arrival of the rest of the crew. The weather had taken a turn for the worse, but everybody arrived safely and were quickly shuttled to Ravello. 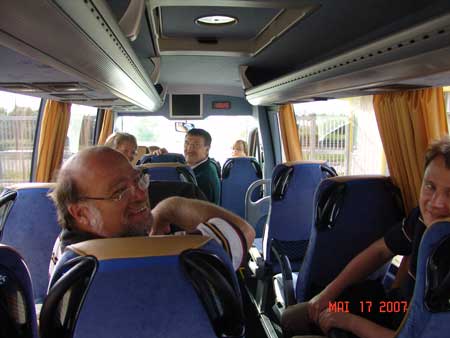 The weather put paid to our scheduled Welcome in the Park at the Villa Cimbrone, so we decamped to the bar of this rather special hotel. 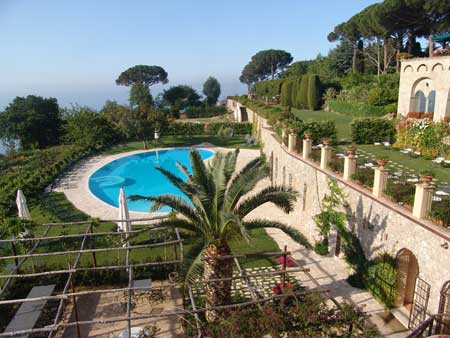 After an opulent breakfast, we set off on Friday, 18th May in the coach to Paestum. 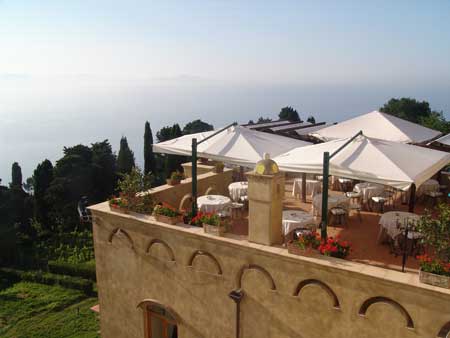 This town – founded in the 7th Century BC by Greek settlers as "Poseidonia" – surprisingly has the best preserved Greek temples in the world.
On the way we stopped off to see buffalo Mozzarella being made – the traditional cheese of the Campania region. 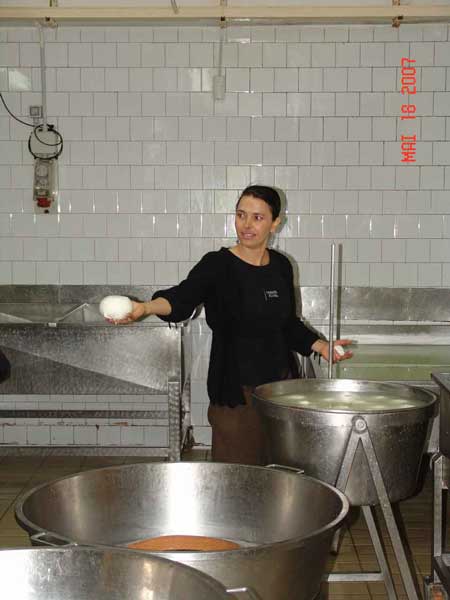 This did, of course, include a tasting. 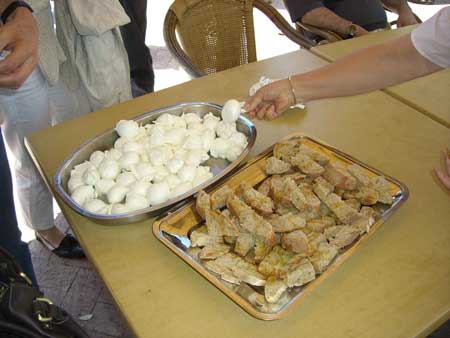 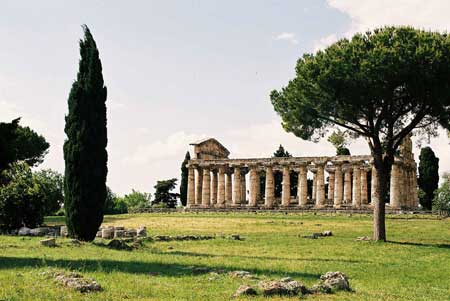 The temple’s existence is testimony to the significance of Campania as a centre of Greek and Roman civilization. Even the traditional Campanian white wine, "Falanghina" is Greek in origin. 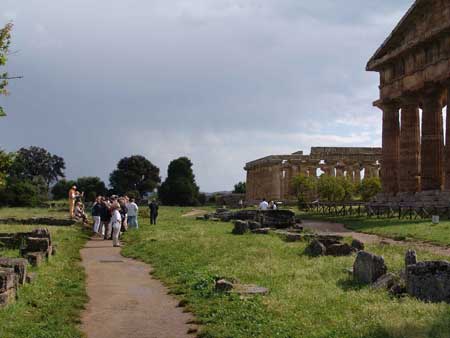 Back in Ravello, a cold beer in the village square was a priority for many of us. 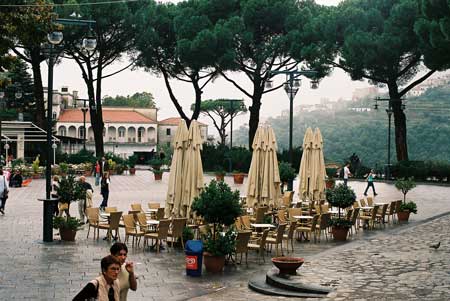 In the evening there was dinner in Amalfi as well as time to see the town. The Cathedral was particularly impressive. 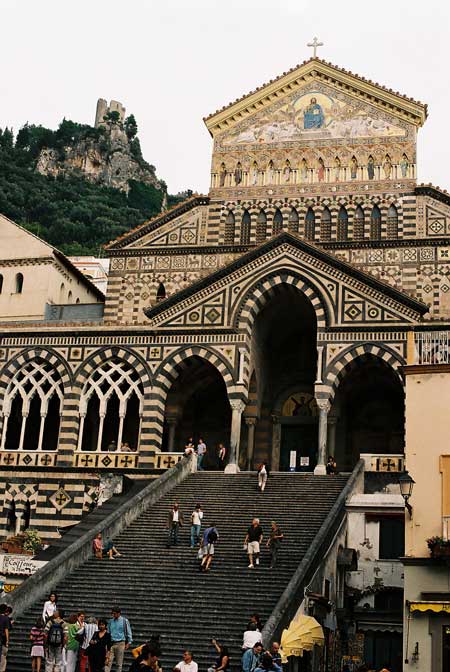 Some of the group stayed out so long they even missed the taxi-shuttle back home!
Another day begins – Saturday, 19th May. A coach took us back to Amalfi, from where we boarded our chartered ship to sail along the coast towards Capri. 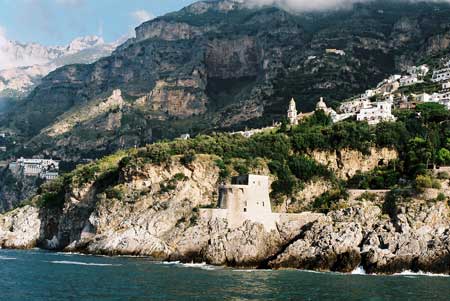 We sailed to the Marina Piccolo on Capri for lunch at the Canzone del Mare Restaurant. 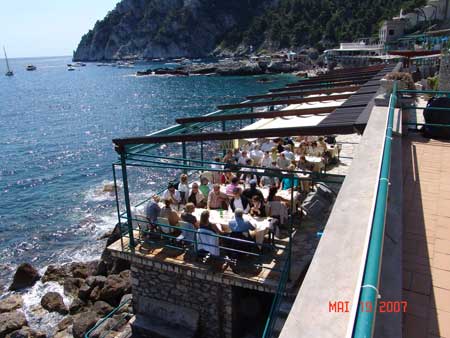 We were able to take some quite dramatic photos of Capri’s famous rocks. 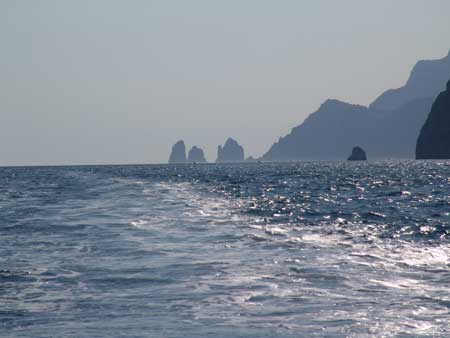 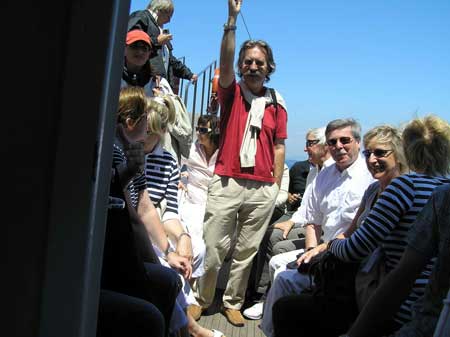 We had a short stop in Positano where we got an idea of what life is like in the "Playground of the rich, famous and decadent". 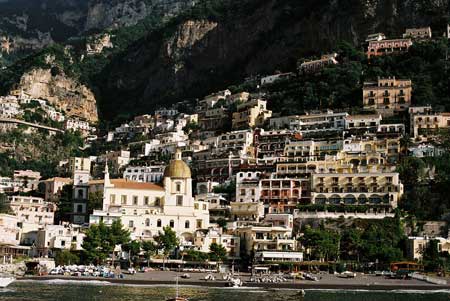 Back at the Villa Cimbrone we had spent the evening in the Crypt, where we enjoyed the unique ambiance of the surroundings while we had our Gala Dinner. 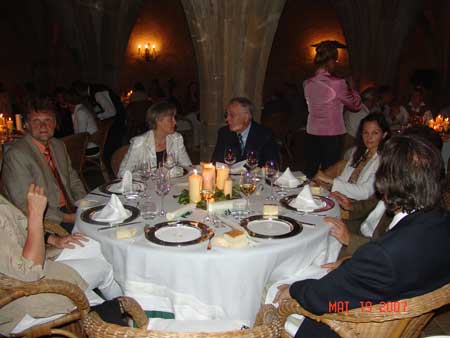 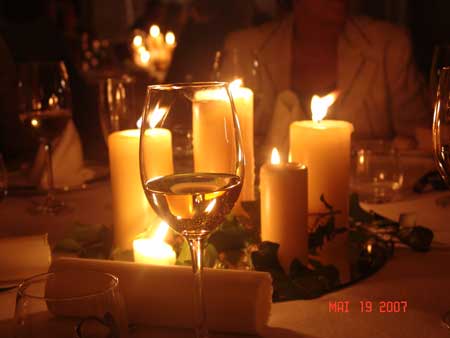 Soon the last day had arrived for most of us. Sunday, 20th May was officially our Day of Departure. However, one third of the group had still decided to stay on one more day. 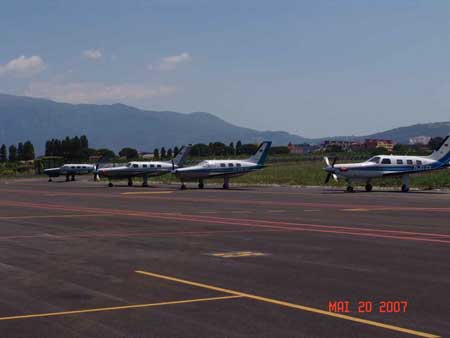 The extra day was used in different ways: Some of the remaining group, for example, took themselves off for a walk along the cliffs between Ravello and Amalfi – very special and very typical impressions. 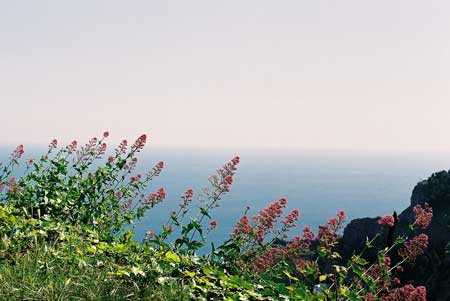