In contrast to our first meeting on Elba in 2003, less of a program was planned to allow us
to better enjoy the advantages of our hotel and its unique position in the Bay of Biodola. But not just that! 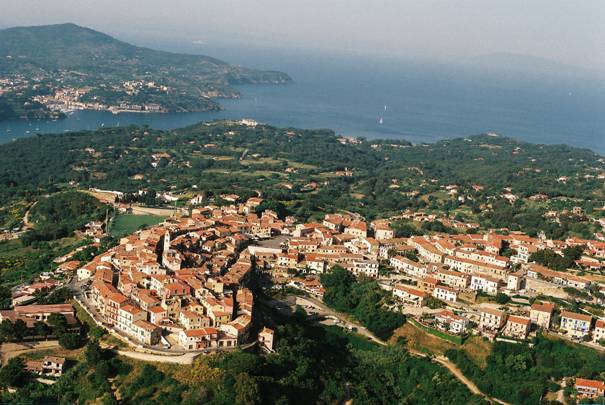 Coming in to land on the island towards the south already / Elba welcomes us.
Capoliveri – the town in the picture – will spoil us later! 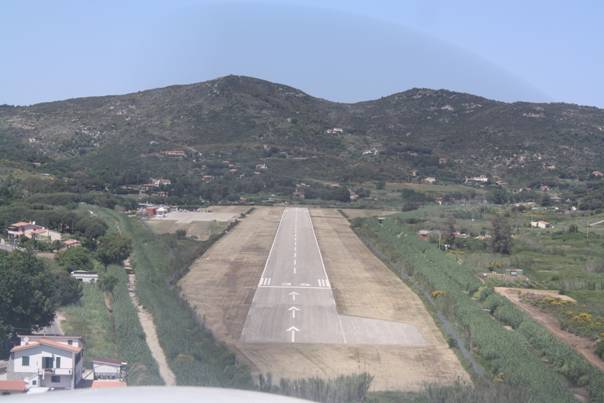 Just before touch-down on the LIRJ – Marino di Campo. 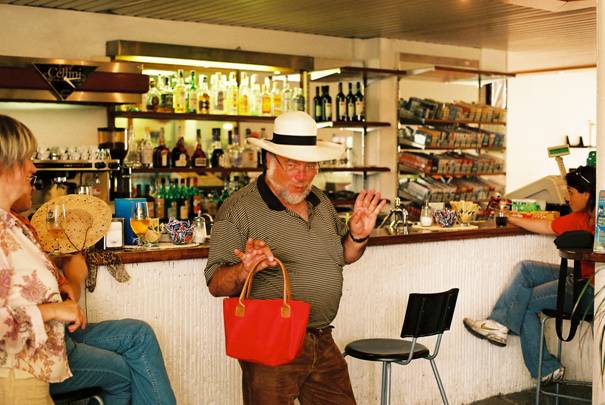 After the welcome LIRJ Airport – what was going on? 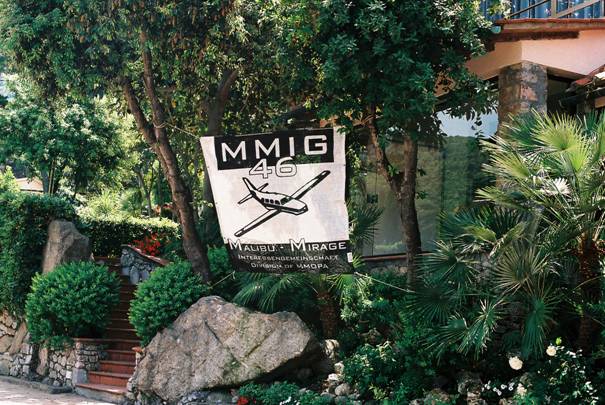 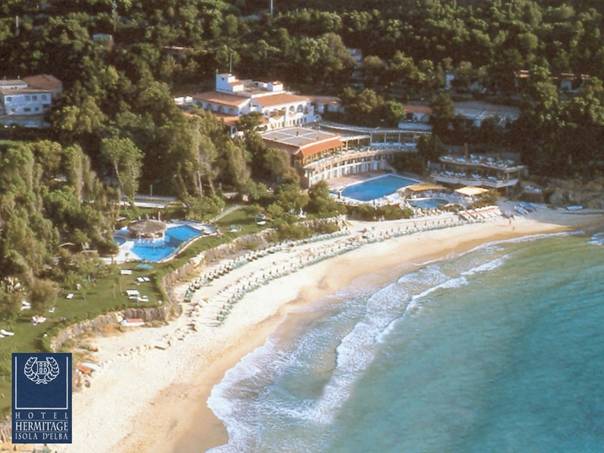 All the participants were taken to our dream-hotel Hermitage on the hotel shuttle bus.
Here we were spoilt in the evening with an excellent meal. 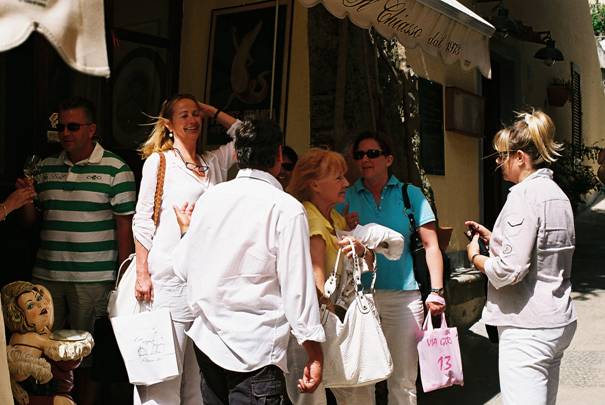 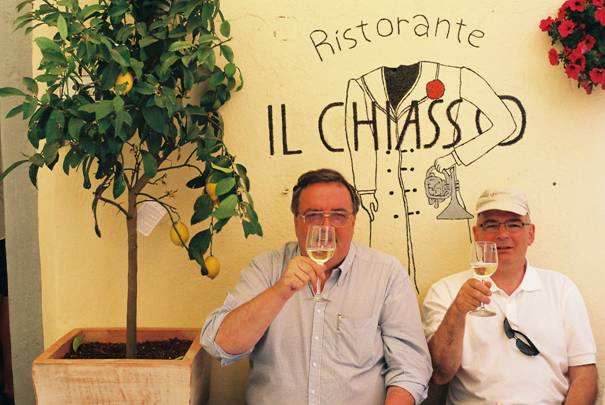 Friday, 20th May – Capoliveri welcomed us in its enchanting little streets.
Once again we were led into temptation by our curiosity for good food, but not until we'd had an aperitif! 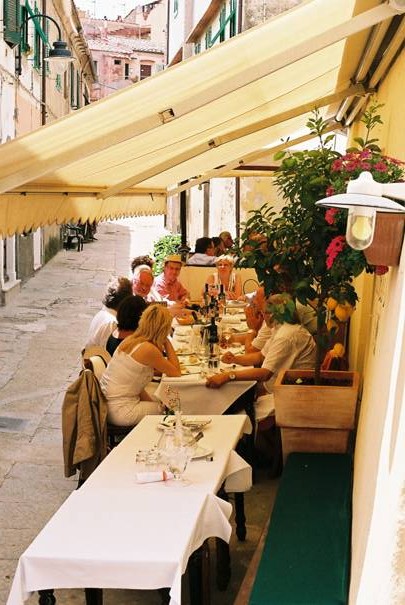 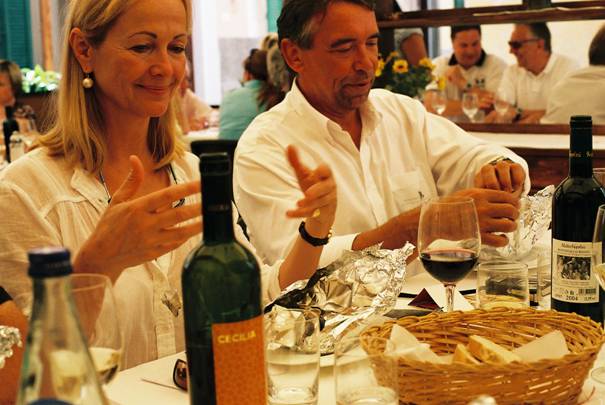 The award-winning restaurant Il Chiasso opened specially to serve us lunch.
After all, it's good food and drink that keeps the body and soul together! 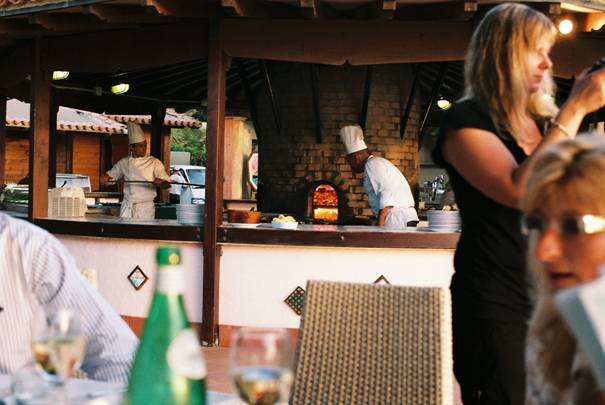 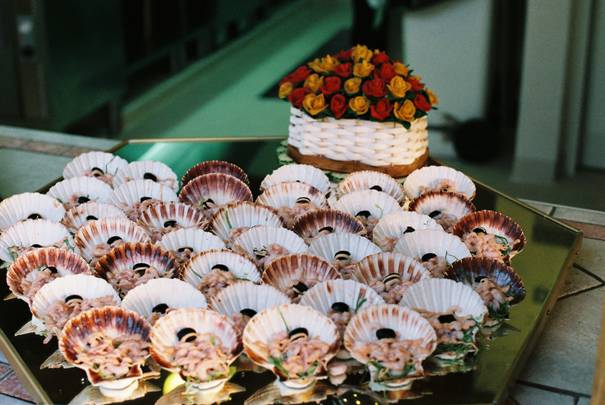 Once again in pleasant anticipation of culinary delights.
This time in our hotel's own “open air restaurant”, Fuocco di Bosco. 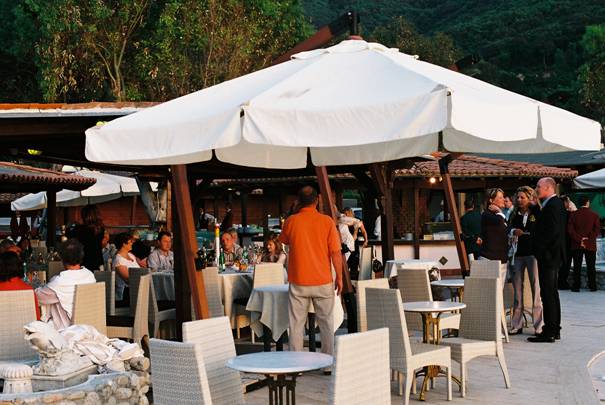 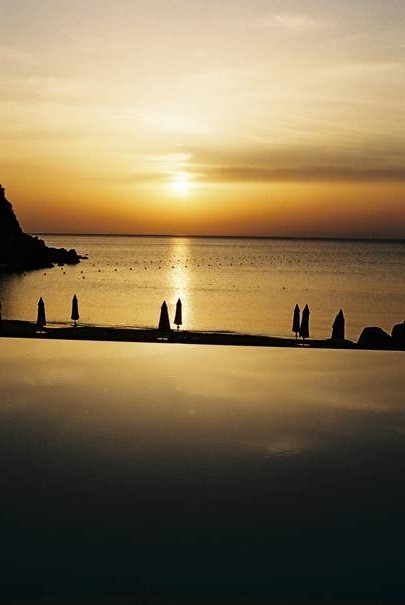 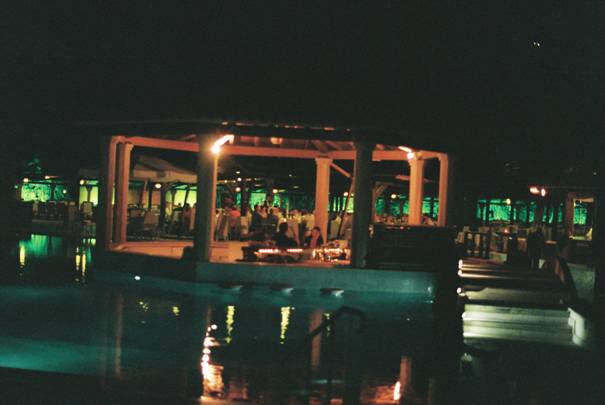 It turned into a long evening. Pleasure and laughter galore – simply perfect. 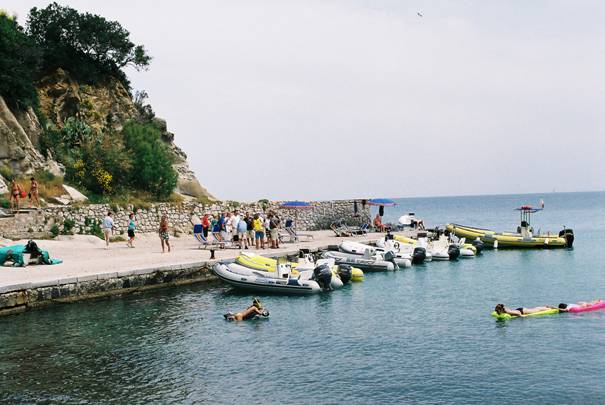 Saturday, 21st May: After breakfast the coach took us to St.Andrea, where the Zodiacs were awaiting us. 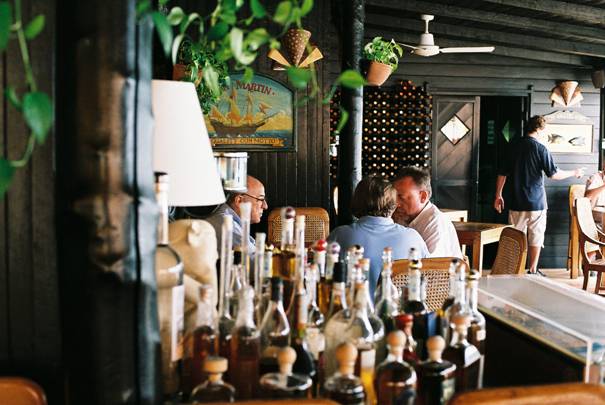 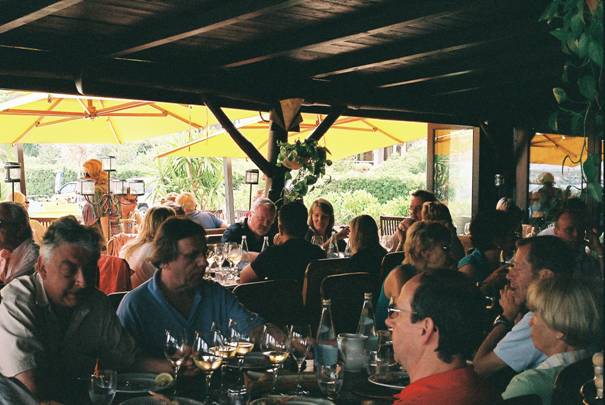 It almost goes without saying that the boat tour around the western part of the island brought us again to a culinary highlight.
The restaurant Lucciola on the beach at Marina di Campo, was obviously the ultimate seduction!
After the meal there was still plenty of time to see Marina di Campo. 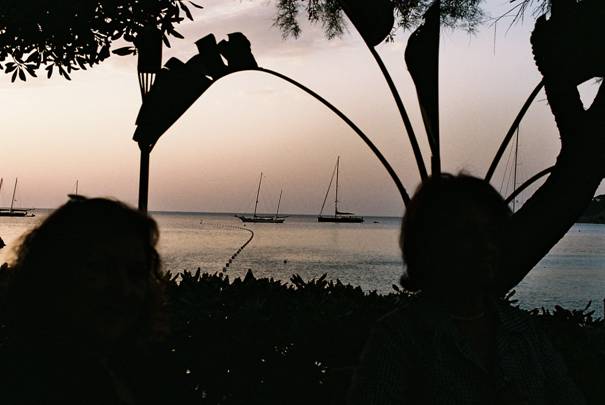 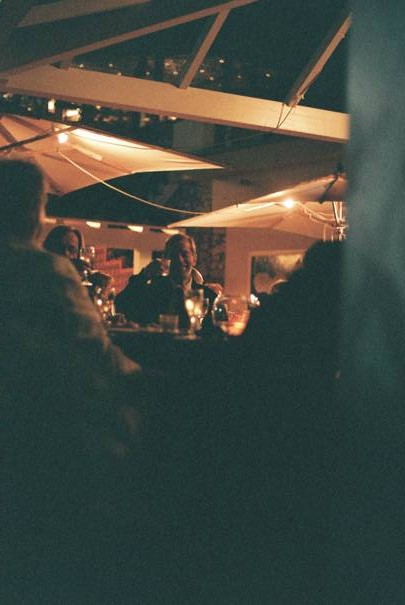 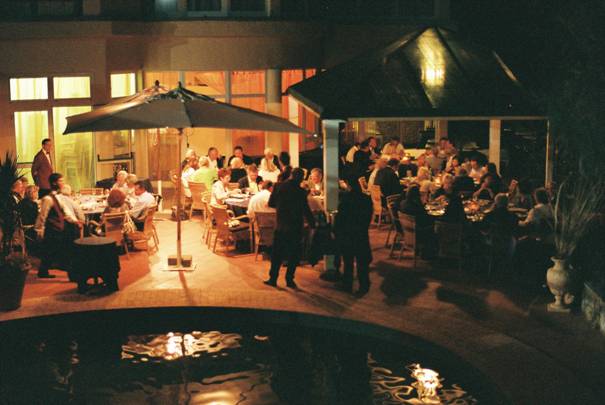 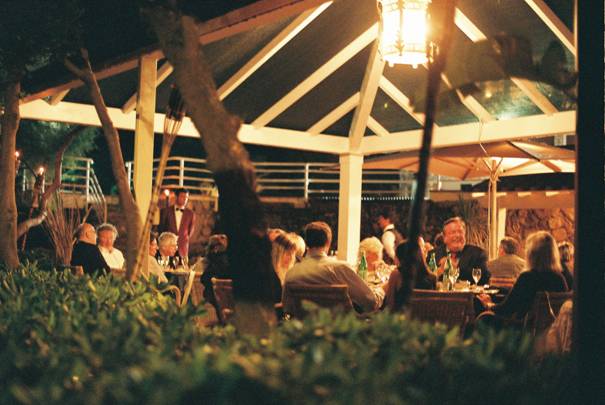 As always the day simply flew by. Swimming makes you hungry.
A good enough reason for a special meal – our Gala Dinner in the hotel!

Sunday, 22th May was the official day for going or flying home 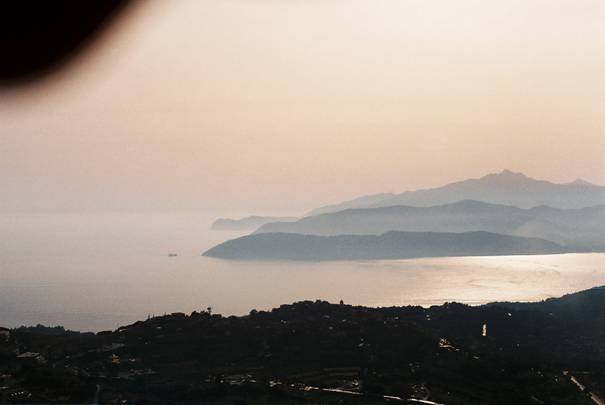 In the evening Elba took its leave of us with its fabulous skyline.
However, almost as usual, many participants stayed a few days longer. 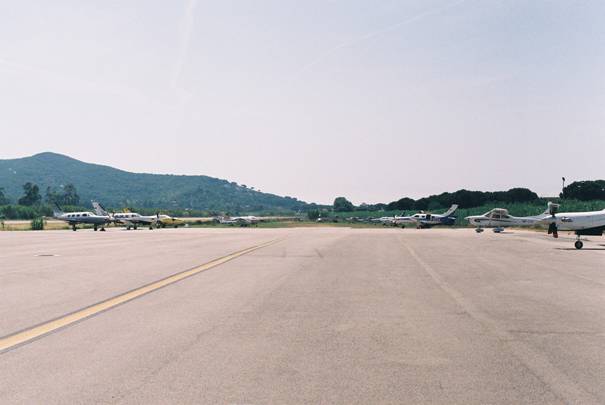 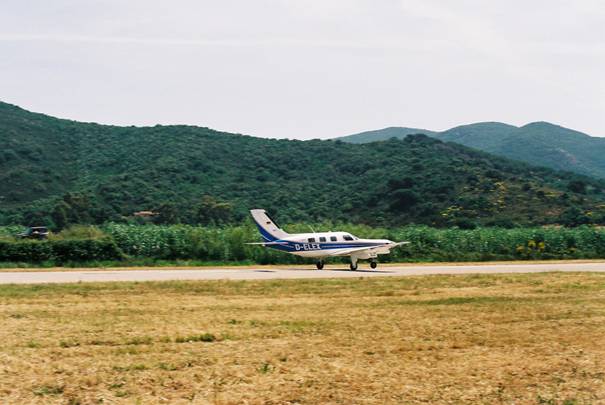 The last Elba fans taking off, but knowing it would be possible to return made leaving easier!

See you on Elba!